A very important thing you should bear in mind before hitching a trailer or caravan is whether your car is capable of towing it in the first place. After all, there’s little point in hooking it up to your car if it doesn’t have the oomph needed to haul it along the road.

In most cases, a car will have a specific towing capacity, which is the heaviest possible load the car will be able to safely carry. As a result, knowing what your car’s towing capacity is crucial, depending on what you want to tow – a car with a 1,000kg capacity will be fine for many small and mid-size trailers, though it will be wholly unsuitable if you need to haul a 1,500kg caravan.

Towing: all you need to know

There’s more to towing in your car than just the maximum weight capacity, too. You also have different types of weights to consider, as well as other factors such as road gradients and the weight distribution of whatever it is you’re towing. Read on for our run-down of everything you need to know about towing weights and capacities.

Most cars will have a quoted maximum towing capacity, which is the heaviest load a car is capable of hauling. Car manufacturers may not quote a figure for every car in its range (for example, city cars don’t usually have official towing capacities, due to the fact they aren’t especially powerful and are more optimised for town and city driving than cargo carrying), though as a rule of thumb most family-sized cars will typically have some towing credentials to their name.

Different cars come with different towing capacities, so it’s important that you keep tabs on your car’s maximum towing weight if you plan on doing some towing. Also consider that towing capacities aren’t set in stone across all versions of the same car, as the maximum towing weight of a car can vary depending on what engine it has, the gearbox it’s fitted with and whether or not it’s all-wheel drive.

When you’re looking for your car’s towing capacity, you may find two figures are quoted for your car: a braked weight and an unbraked weight. As their names imply, the former is for trailers, caravans, horseboxes etc that come with brakes that work in tandem with the car’s, whereas the latter is for unbraked loads where the car is solely responsible for the braking.

Because a braked trailer is more controllable than an unbraked one, the weight capacities for the two can be very different – the maximum legal weight for an unbraked payload is up to 750kg, whereas the legal maximum for a braked payload is up to 3,500kg – with the exact amount being dependent on the capabilities of the car. Do bear in mind the capacities include the weight of the trailer plus the payload it’s carrying. 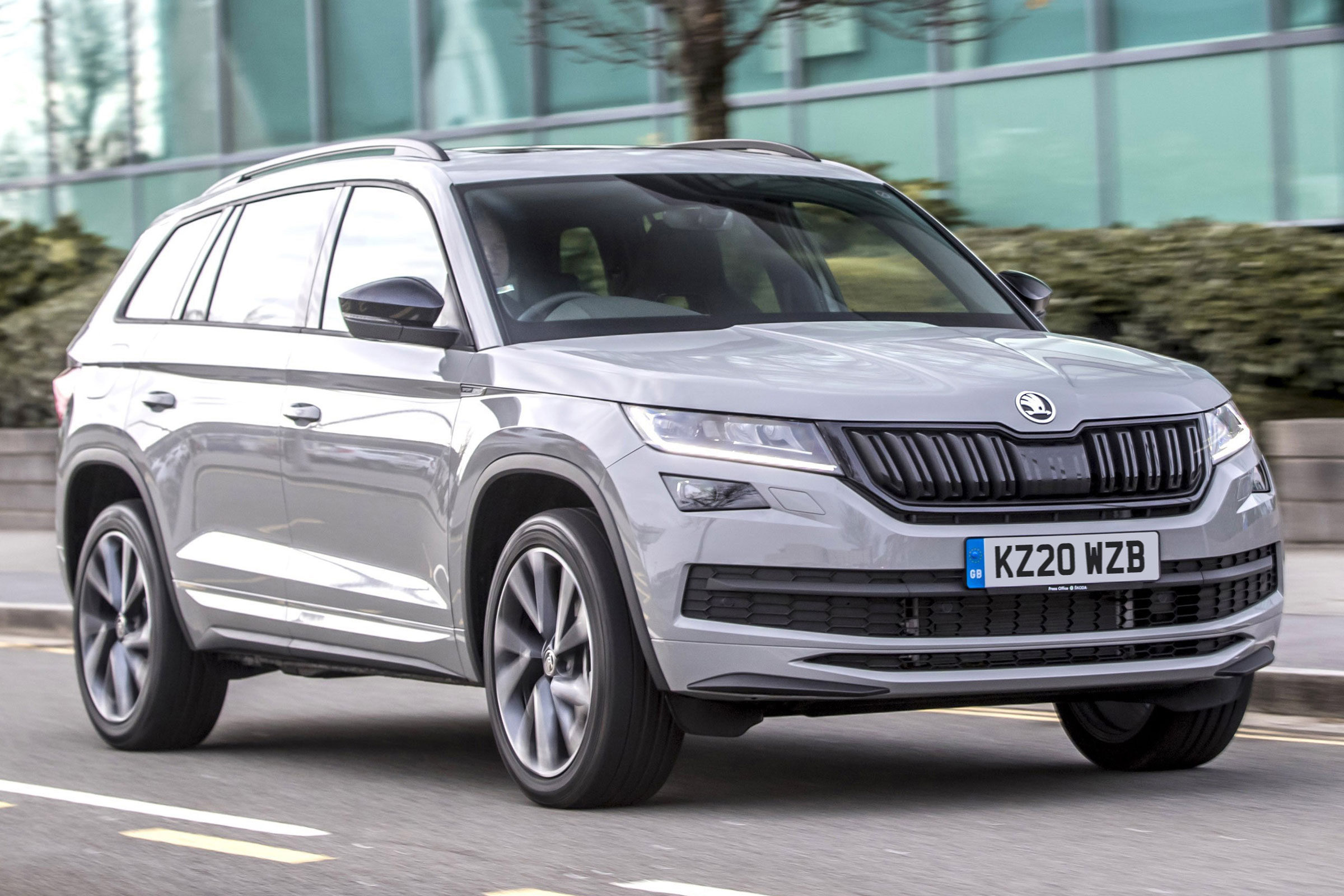 Your car’s unbraked and braked towing capacities are usually listed on your car’s VIN plate, which is typically located on most cars on the door sill on the driver’s side. You may also find your car’s towing capacities in the owner’s manual, and in the Practicality section of our reviews. If you’re still struggling to find the towing weights, your car’s manufacturer should be able to tell you what they are. If no figures are listed, it means the car isn’t deemed suitable for towing at all.

It’s not just payload capacities that you need to consider when towing a heavy load. There are also legal restrictions on the size of the trailer you’re allowed to tow with your car, regardless of whether the towing load itself complies with the limits.

The widest your trailer is legally allowed to be is 2.55 metres, with the maximum length of a trailer with a payload up to 3,500kg being seven metres. For the length restriction, this doesn’t include the trailer’s A-frame – this is a part at the front of the trailer with a shape that resembles a capital A when viewed from above, and is where the tow hitch is located.

Because of the extra weight slung out the back, a car with a heavy towed payload can behave differently going up and down hill than it does on straight and level ground. All of that extra weight will blunt performance and make it harder to pull away from a standing start when you’re heading up an incline, and you’ll need to be wary of the payload affecting the controllability of your car when you’re driving back down.

As a rule of thumb, the maximum towing figures for a car will be valid for gradients of up to 12%, though this may vary depending on the manufacturer – check your car’s owner’s manual to see if this is the case for your car. If you can plot your route out beforehand, it may be worth trying to avoid steeper inclines and descents when you’re towing heavy loads – especially if they’re not far off your car’s maximum towing capacity.

The nose weight of your trailer or caravan is important to bear in mind, as the amount of weight being forced down onto the tow bar can have an impact on your car’s handling. For example, too much weight will force the rear of the car down, which by extension lifts the front of the car up and affects your car’s steering.

Conversely, too little weight over the tow bar could be an indication the weight balance of your towed load is too rear-biased. All that weight located out back will mean your car can become harder to control in crosswinds, and increase the chances of your trailer swinging from side-to-side (more commonly referred to as ‘snaking’).